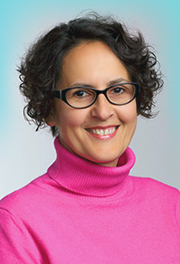 Maja was born in Serbia where she grew up and obtained her Bachelor of Medicine at University of Belgrade in 1988. In her youth she attended ballet and performing arts school in her home town and competed in volleyball and downhill skiing, developing love for sports and exercise at early age.

She moved to live in Sydney with her partner in 1989 and she spent her intern and resident years in St Vincent’s Hospital. She then went to work in private general practice and obtained her Fellowship of the Australian College of General Practitioners in 1997 and Diploma in Pediatrics in 1998. Her interest in sport led her on a path to Sport Medicine career in 2000 and she successfully completed specialist postgraduate training in Sports Medicine and was awarded her Fellowship of the Australasian College of Sports Physicians in 2005.

She was appointed Medical Coordinator and Team Doctor for Wollaroos Australian National Women’s Rugby Union Team from 2006-2011 and was involved in 2006 and 2010 World Cup.

She was Medical Coordinator for Australian University Sport and was involved as Chief Medical Officer in World University Games in 2005 and 2009. Maja also worked as Sport Doctor at the Sydney Olympic and Paralympics Games in 2000.

since 2010, and was involved in 2011 World Cup. She currently holds this position and is in preparation for 2015 World Cup in Russia.

She is also involved in coordinating medical assessments for concussion for Cranbrook School Rugby. She enjoys being involved in teaching registrars in training as well as medical students.

Maja’s fifteen years of sports medicine experience helps her managing musculoskeletal injuries in professional elite athletes as well recreational athletes. She applies the principles of elite athlete injury prevention and rehabilitation to recreational athletes of all ages and provides exercise prescription for different needs and age groups. She has particular interest in managing injuries affecting exercising women and children.

Maja likes to keep active lifestyle and she manages that with everyday walking. Her love for the mountains takes her regularly to hiking trips around the globe. She continues to enjoy playing volleyball and skiing.