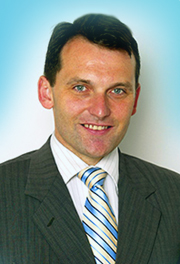 Scott, born in Sydney, grew up enjoying an active upbringing in a bushland setting, participating in a wide variety of exercise-related activities. He personally remains active in team sports and exercise pursuits and, importantly, with his family of 3 children.

Scott graduated with degrees in both Medicine and Science, in 1991.  He worked as a Commissioned ADF Officer, interspersing training with years spent with some of Australia’s leading Sports Physicians in Sydney and Canberra, including the AIS. His Masters in Sports Medicine was followed by a specialist Fellowship with the Australasian College of Sports Medicine (2003), earning the College Medal for most outstanding performance.

Scott regularly attends patients of all sporting and exercise levels for all aspect of Sports Medicine care. Special interests include musculoskeletal ultrasound; osteoarthritis and, chronic overuse injuries, as well as being a leading expert in chronic exertional compartment syndrome and pressure testing for this condition.